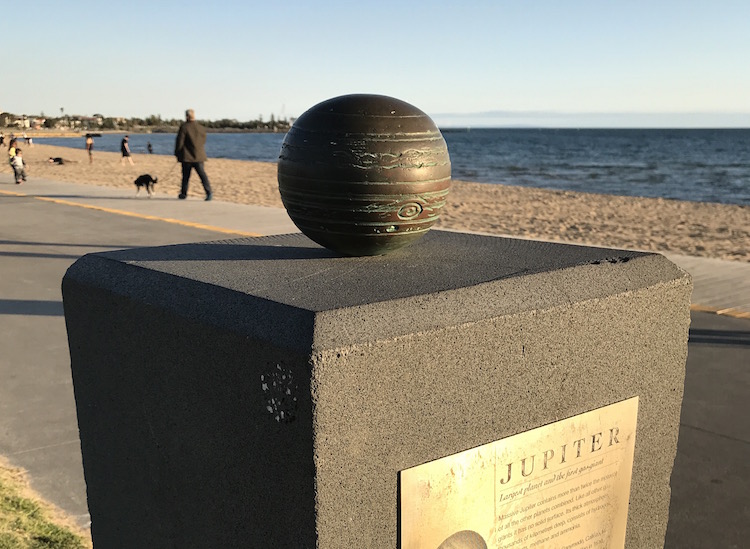 The piece is a series of bronze & stainless steel planets placed around the bay in St Kilda in a replica scale model of our solar system, all the distances are perfectly to scale making it pretty big at 1:1,000,000,000 (this is the modern billion and not the million million as the British once used.  The previous term made perfect sense however I suspect America’s wealthiest were impatient and wanted to identify as billionaires sooner after amassing a mere 1,000 million.  This in-turn changed all the figures including a trillion, quadrillion, quintillion, sextillion, septillion, octillion, nonillion and decillion making none of them as clear as they once were.  Apologies, I always seem to go off on these tangents).

So the scale basically means that every metre is equivalent to 1 million kilometres, the full model is 5.9km and includes our friend Pluto.  You start the walk or cycle at the St Kilda Foreshore Skatepark, here you’ll easily spot the sun, you then journey along the promenade northwards and off to the side of the walkway you’ll find the series of large Bluestone plinths with an a explanatory plaque on the side and planet atop, some of the planets are pretty small and hard to find so download this little guide booklet, link to it here or scroll down below for a low res map.  Saturn’s rings have been vandalised a little  by some nuff nuff which is unfortunate but easily repaired.  Thankfully the thickness of the rings is not accurate as they are up to 80,000kms in diameter and a little as 10m thick so to scale that approximates to 0.01 microns.   A single micron is used to measure bacteria and not visible to the naked eye and a strand of human hair is 50 microns.

All up the sculpture is fantastic, its a mash up of the arts, education, science, astronomy, mathematics with some added fitness and sport to get around it.  I think every city should have one of these but I am glad that my city has one right now.  Created by artist Cameron Robbin in association with the Lonely Planet Foundation, Monash University, Scienceworks, the Astronomical Society of Victoria and The City of Port Phillip. 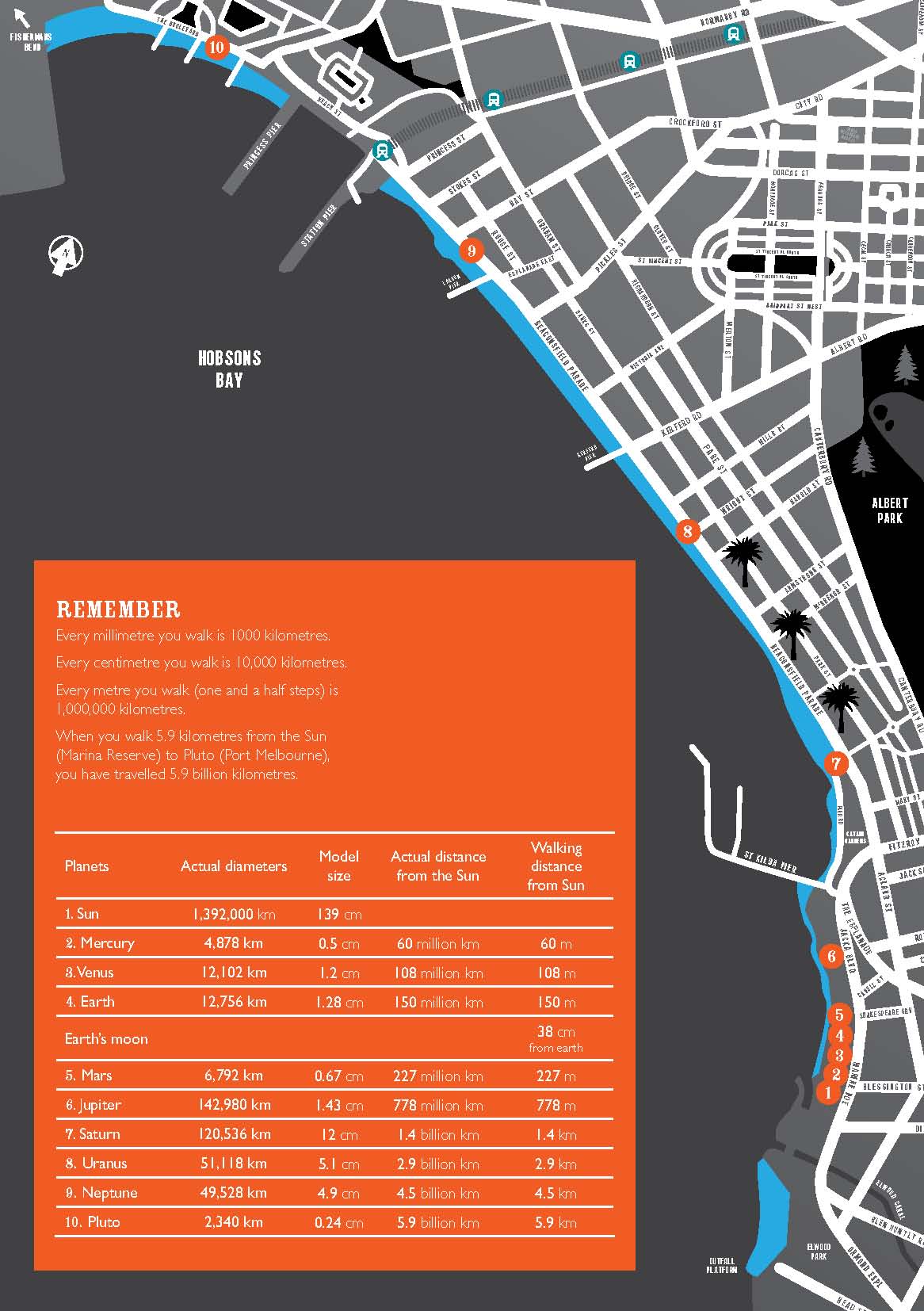