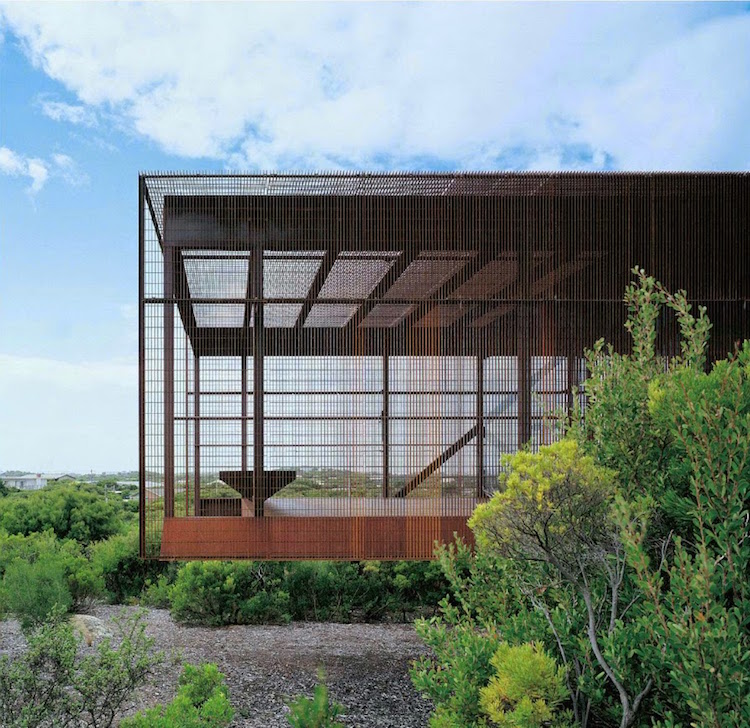 I was lucky enough to be a guest in this house and I could barely contain my excitement but then the house ‘happened to me’ and it instantly calmed my nerves. The house is unbelievable in it’s purity of concept, form & design. Built as a bridge structure it makes reference to one of Glenn Murcutt’s mantras in ‘touching the earth lightly’. It may appear heavy but only the four supporting columns touch the ground with the earth underneath undulating and rolling naturally as if the building has been placed rather then built. I heard Sean speak about the house at a lecture once and he said his client wanted to feel the weather after a long and uncomfortable stint in Singapore air-conditioning so his solution was to make the bedrooms and bathrooms accessed via the elevated external walkway. The house is fully open and connected to the outside yet simultaneously very well secured and private. If you study the house plans and images you will see the extraordinary details and continuation of concept though-out. The house won the AIA Robin Boyd Award in 2006 and it is, in my opinion, probably one of Australia’s greatest houses. Check it out in the dedicated issue of El Croquis 165 along with other works by Sean Godsell Architects. I also invited Sean to speak for the AAA some years ago and he gave an excellent lecture and tour of the RMIT Design Hub, link to that tour here.