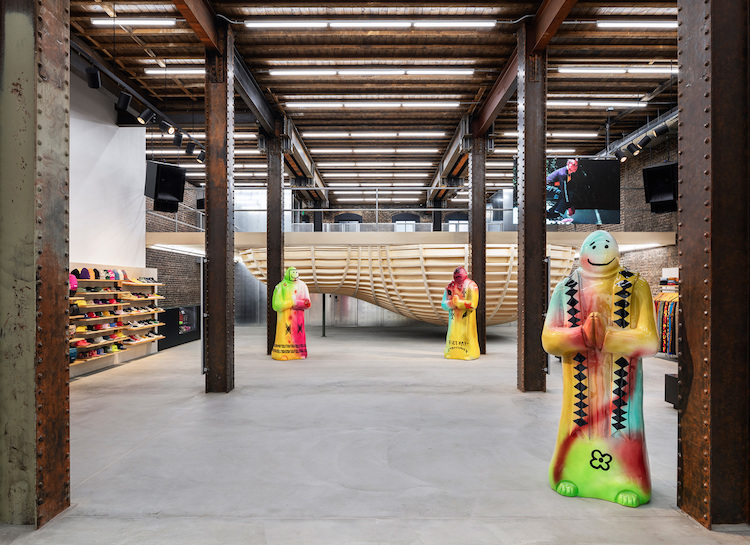 I’m no fanboy and I’ll queue for nothing. Supreme have just posted some images of their new store in San Fransisco. For the benefit of those that don’t know; the Supreme clothing brand is a little bit popular and they produce some iconic and kinda cool items, they also produce some stuff that I am sure is a joke for their own benefit including Supreme branded toothpicks for $120… you have to admit that is pretty funny but also sad as some take it seriously and purchase them. The branding is always referential including their logo that is channeling Barbara Kruger’s work.

Anyway, as always I digress, the newly built store is reminiscent of their New York shop and also includes a skate ramp that has been constructed in such a way to present the underside of the transitions and framing as a sculptural element. It looks stunning and clean, I love it. The fact the park get used adds some authenticity to their ethos… also a great idea to blow off some steam with a little schralp.

The artworks stationed around the floor are by Mark Gonzales, a skateboarding legend.