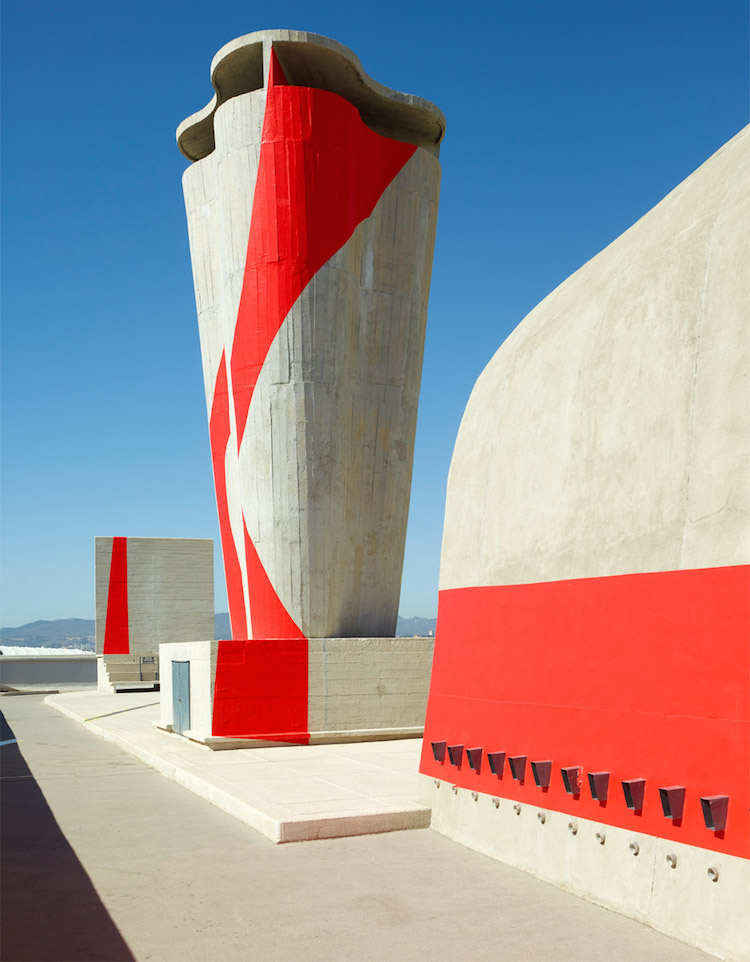 Meaning ‘Housing Unit’, this particular building is located in Marseille France and built between 1947 – 53.  Colloquially called Unite, it is one of five constructed during this period with buildings in Nantes-Rezé ’55, Briey ’57, Firminy-Vert ’63 all in France & the final one in Berlin in 1965.  All of them are basically built from the same plans.  The plan is unique in that every apartment faces east west and each apartment spans the width of the building with cross through ventilation (something sorely lacking in current apartment design).  This is achieved by a cross over section and access corridors located every third floor.  Parts of Unite Marseille are open as a hotel, link to that site here.

The image above is by an artist Felice Varini of the roof top structures to Unite Marseille, Varini paints geometric shapes over physical objects that can only be discerned from a particular viewpoint, look him up.  Image above via Dezeen.

Some links to previous posts on Corb buildings in this Journal include Saint-Pierre Church / community building here and Villa Savoye here.  Follow the jump for more, I’ve attached some plans and sections below plus an picture of a Lego construction created by One World Architecture link to their site here. 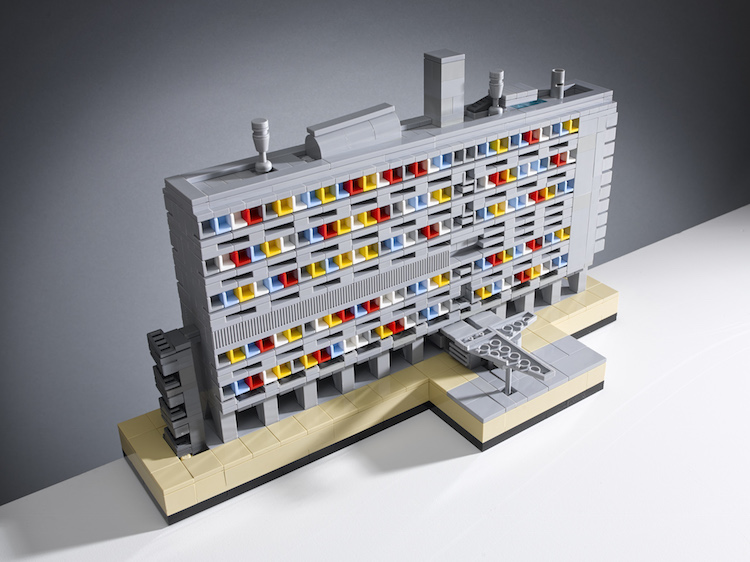