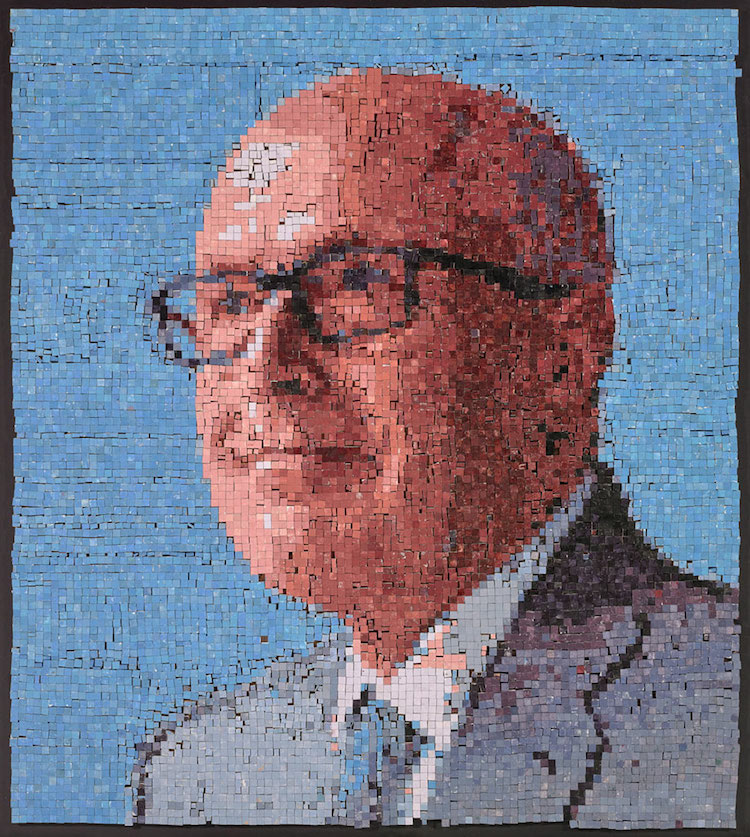 The Archibald Prize is in Melbourne at the moment but for a very short time, you should do yourself a favour and get along to the Geelong Gallery as this is the last week. The newish Geelong library by ARM Architecture is also an interesting thing to see (right next door). Better still check out the Geelong Government Building across the road, a whopper. The entrant above is made by the entire Boys of Sydney Grammar Edgecliff Prep School. Click below to see the write up.

The subject of this portrait is Dr John Vallance, who retired in April after nearly 18 years as headmaster of Sydney Grammar’s three campuses. Known for his sense of humour, commitment to a liberal arts education, and open-door policy, he was popular with the students. The portrait, consisting of 11,000 blocks, was painted by 301 boys, aged five to 12.

‘This is actually a second portrait of Dr Vallance. The boys presented the first one at Dr Vallance’s farewell assembly – and then some of the Art Club boys thought they could do better,’ says Janna Adams Tess, the boys’ art teacher.

‘Their intention was to reverse technology – to make a painting that looked like a pixelated image on a computer screen. They started with a photograph and sketches, then drew an 11,000 square grid on a wooden board, plotted the 20 colours, sanded and painted the blocks and glued them on. Kindergarten, Year 1 and Year 2 worked mainly on the simple blue background, Year 3 and 4 did the suit and tie, while Year 5 and 6 were responsible for the intricate work on the face. Although the process was simple in theory, it wasn’t easy fitting the last blocks in!’