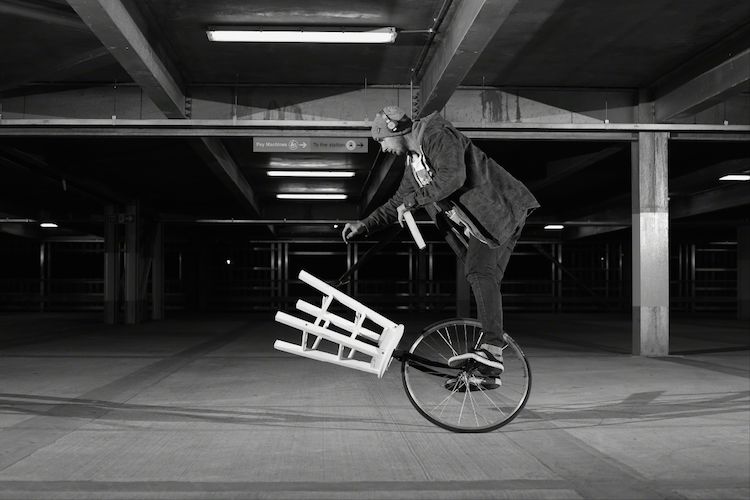 You might recall my earlier post with Marcel Duchamp’s readymade ‘Fountain’ (1917), link to it here. There he spoke of the alternate to the readymade “A Rembrandt used as an ironing board”. Here we have just that but a meta version with Gladwell’s performance piece ‘Reversed Readymade’ (2014) pictured that features a rider performing BMX type stunts on a mockup of Marcel Duchamp’s readymade ‘Bicycle Wheel’ (1913). The Gladwell work premiered at the inaugural Per4m program at Artissima 21, Turin, Italy. Follow the jump to see some more images of the performance or you can search youtube for the whole piece.

Shaun is currently the highest priced living video artist and also was my very first post on this Journal where Gladwell had a commissioned show at ACMI in Melbourne a number of years ago. Shaun has been a force on the world stage for many years and represented Australia at the Venice Biennale in 2009. The Bicycle Wheel (1951) edition number three after lost originals from 1913 was part of Marcel Duchamp’s series including the Fountain & Ladder. He called them “Assisted Readymades.” Duchamp later recalled that the original “Bicycle Wheel was created as a distraction, I enjoyed looking at it, just as I enjoy looking at the flames dancing in a fireplace.”

Shaun is represented by Anna Schwartz Gallery in Melbourne. 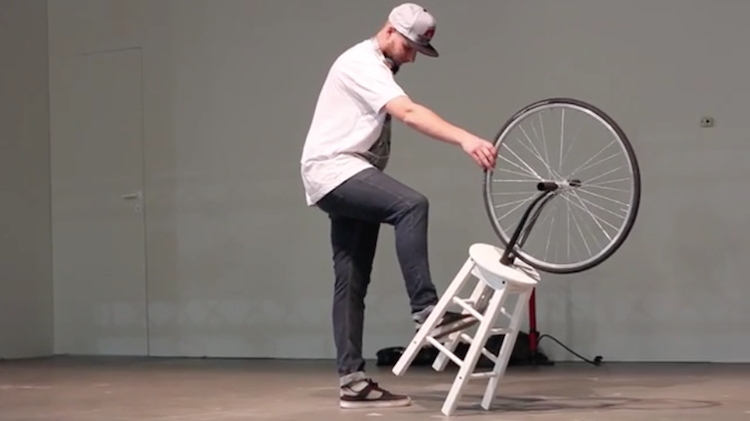 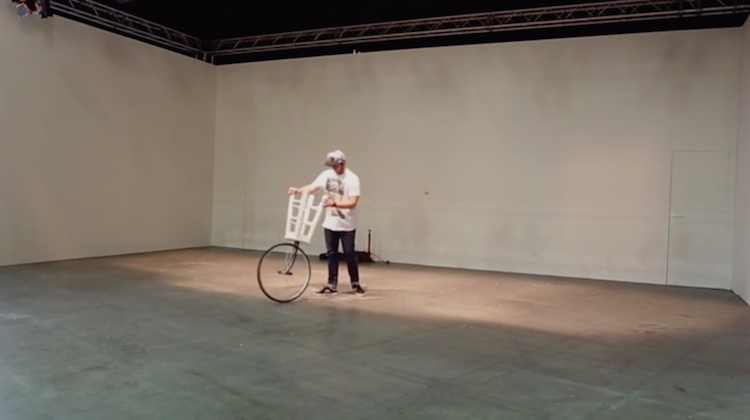 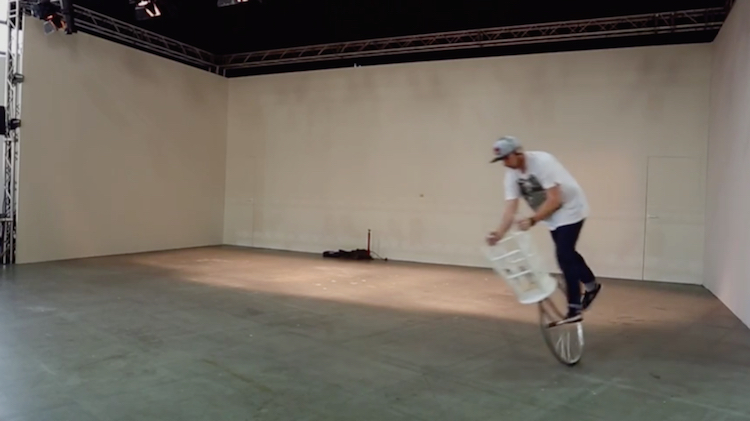 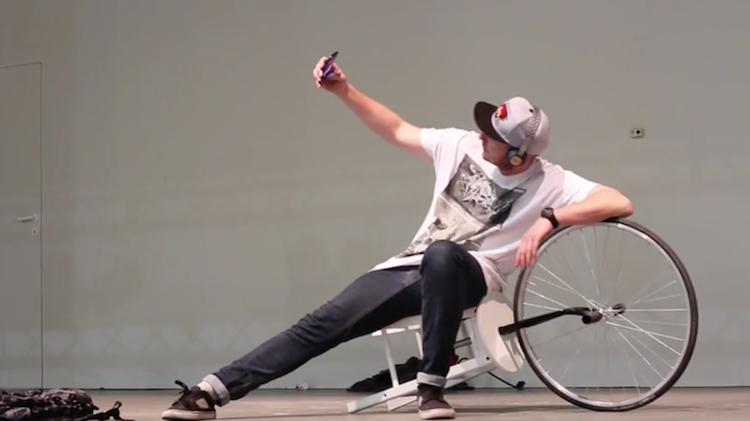