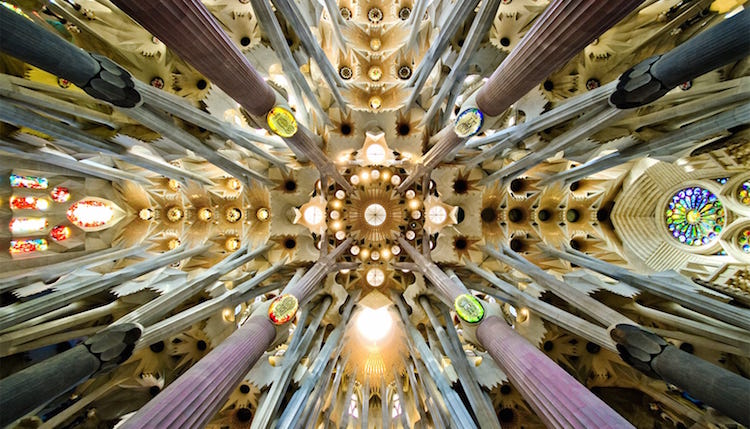 Most people will know the Basilica i Temple Exiatori de la Sagrada Familia (or the Roman Catholic Church of the Holy Family) in Barcelona, Spain. Originally designed in 1883 by Francisco Paula de Villa then re-designed in the Gothic and Art Nouveau style by Antoni Gaudi. He then worked on this project until his death in 1926 at age 73 with less than a quarter of the project constructed. The mid point was reached in 2010 and completion is anticipated for 2026. Gaudi was walking the streets viewing buildings and was struck by a tram, he looked so disheveled at the time and had no ID so he was thought to be homeless, a lack of care by the public and authorities lead to his unfortunate death. He was later identified and given a fitting public funeral. Recently some renders have been circulating showing the final product, worth a search. The image above is one of the less often shared views showing the vaults. I believe this was part of a series that formed the book Heavenly Vaults by David Stephenson, if not then it is certainly in that ilk.